Morning crafty friends, today I am sharing some cards I've made with the up and coming launch of Gateway to the Countryside from Tattered Lace.

I was sent several dies, charisma images and papers to work with but there was a catch......... I had 24 hours from when they arrived to get them back into the post to Tatterted Lace ready for the show, I hope you'll agree that I worked well under the pressure.

My first 4 cards are made using the Charisma images, 2 of them also have the embellishment dies used with them. 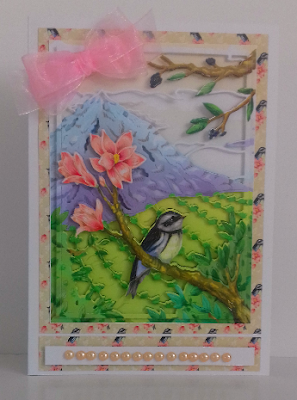 I cut the image once using the "hidden valleys over the peaks" die and decoupaged it onto another uncut image. I added extra foam pads under the flowers to make them pop. I decided to create a simply classic design and let the die do all the work. 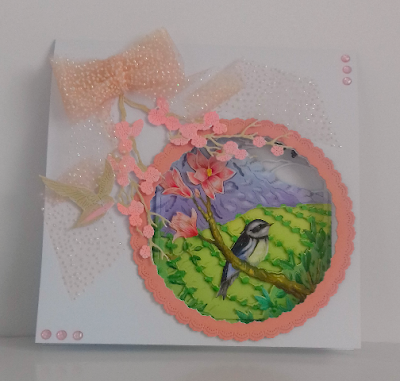 Using the same die and papers I create an aperture card with added elements from the embellishment set. 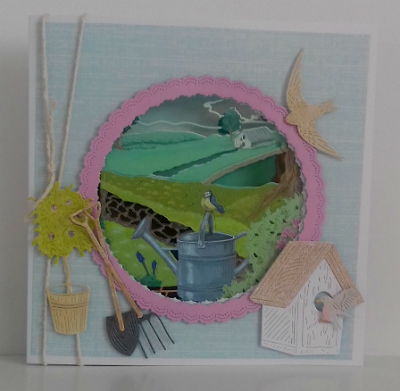 For this aperture card I used the "countrysides hidden gem" die along with the coordinating papers, charisma images and embellishment dies.  I added one of the die cut images the the back of my aperture and an uncut version to the inside of may card, this give lots of dimension to the images. 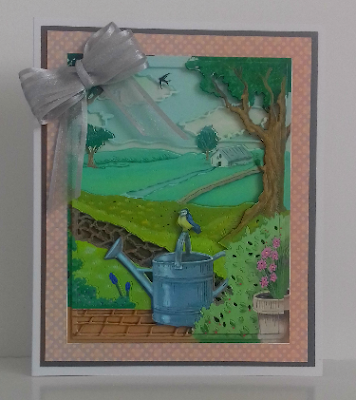 This card was made in the same way as my first card, simple and clean. One die cut layer on top of an uncut image and a little matting and layering of the papers. All I added was a bow.

The next 2 cards use elements from the embellishment sets along with backing papers to show you how you can use them without the main dies and charisma images. 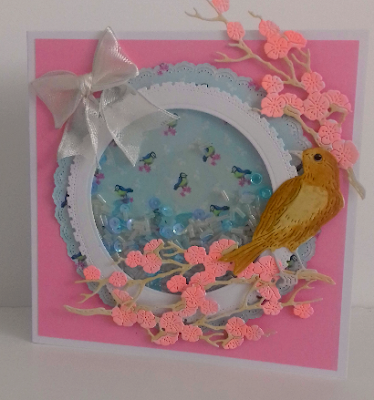 I made a cute shaker card using some dies from my collection and added elements from the "hidden valleys over the peaks" embellishment die set. 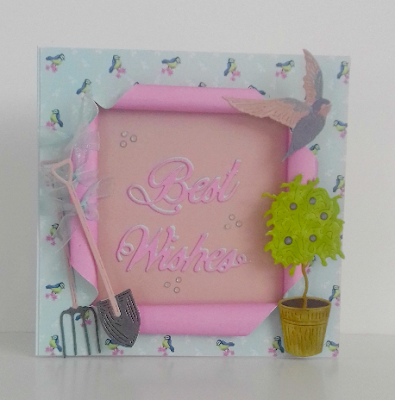 For this card I started with a piece of the cardstock which I cut and X in the middle and rolled back the cuts, fixing them with red tape. I then used the embellishment dies from the "Gateway to the countryside" set. I added a sentiment into the centre of the card and added some little knotted pieces of ribbon.

The last 2 cards were made with the charisma images for the Surprise Celebrations with sparkling champagne die, but as I didn't get sent that die I thought I would show you how you can still use the printed image to create cards. 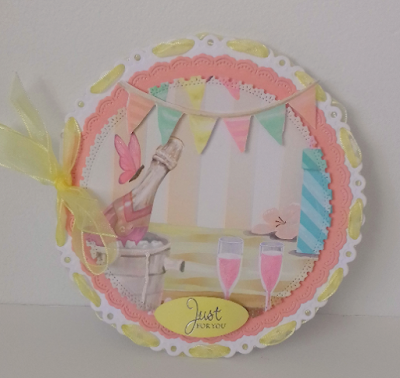 In this card I die into the image using a doily die and fussy cut the bunting form another sheet to add some dimension. I threaded some ribbon around a circle card for added interest and then added a little sentiment to coordinate. 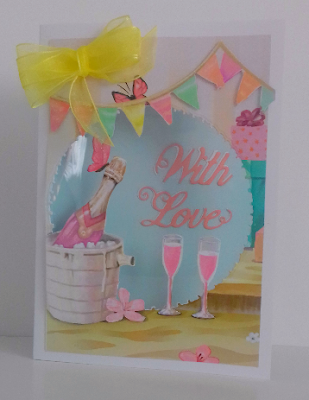 This card was made using the remainder of the image fro the above card, where I had removed the doily section I've added acetate behind to create and apperture card. I use another of the images to fussy cut the champagne glasses, butterfly, bunting and ice bucket which I have added to the card using foam pads.  Inside the card I used the coordinating card stock to mat and layer and then die cut a sentiment. I then finished it off with a ribbon bow.

Here are the links to the products I used

You can watch the launch show tomorrow morning at 8am with Corrine and Dean on Create and Craft TV
at November 12, 2017

Thank you for stopping by, I appreciate your comments. 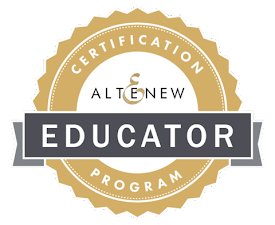 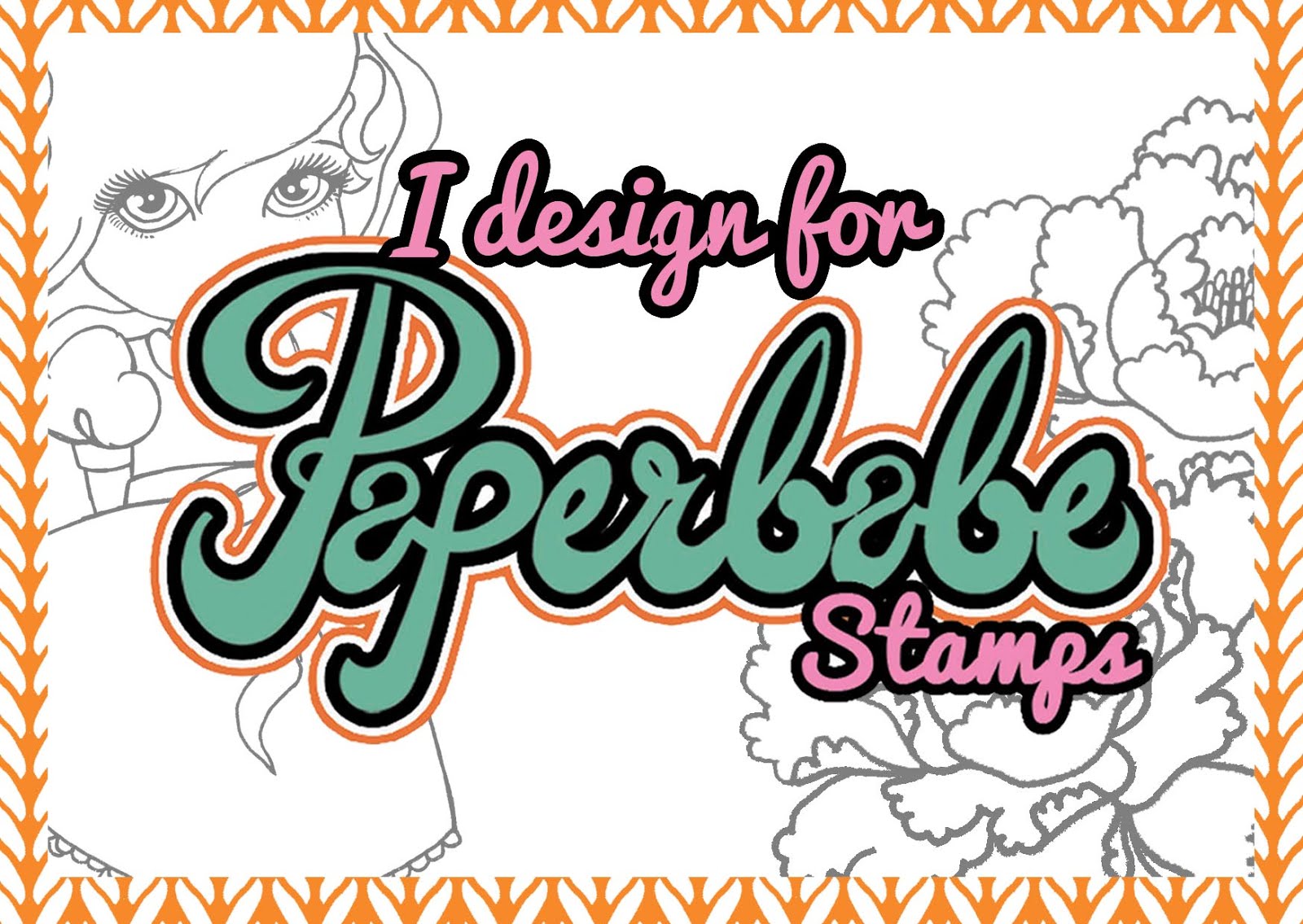 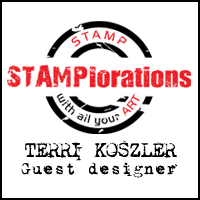 Home is where the craft is.

Promote your Page too